FEEL THE LIGHT
ROCCAT is the first in the industry to engineer an optical switch with a mechanical feel. The Titan Switch Optical gives lightspeed actuation and incredible precision. It adds to a feature set including mixer-style audio controls, detachable palm rest, AIMO illumination and a reinforcing aluminum plate.

AWARD-WINNING DESIGN
The Vulcan took the gaming scene by storm upon its release. It received widespread critical acclaim for its functional aesthetics and an impressive build quality that separated it from the pack. The award-winning keyboard is now elevated to another level with the introduction of the new Titan Switch Optical.

OPTICAL SPEED, MECHANICAL FEEL
ROCCAT’s new Titan Switch Optical equips you with the mechanical keystroke feel you know and love, but with a level of performance you’ve never before experienced. It harnesses the speed of light with firmware that recognizes each keystroke cleanly, distinctly and with zero delay. Infinitely faster yet with double the durability, there’s literally not a single drawback. The future is here, and it’s optical.

LONG-LASTING DURABILITY
The keyboard is reinforced by an aircraft-grade aluminum layer to make it extra strong and durable. It also features switch durability that lasts for 100 million keystrokes – twice the industry standard – thanks to the contactless Titan Switch Optical. Together, they make the Vulcan Pro virtually indestructible.

NEXT-GEN FUNCTIONALITY
A low-profile design allows you to keep your hands flat, leading to less fatigue even after long periods of time. Together with the magnetically detachable palm rest, premium comfort is guaranteed. For added functionality, mixer-style audio controls keep the essentials at fingertip reach.

AIMO INTELLIGENT LIGHTING ENGINE
ROCCAT’s AIMO lighting engine synergizes with compatible devices to create vivid illumination aesthetic without the need for configuration. Its effect is amplified by transparent switch housing to make it the best showcase of AIMO yet – and looks even better when teamed up with other AIMO devices.

We may earn an affiliate commission when buying through links on this page. Learn more. 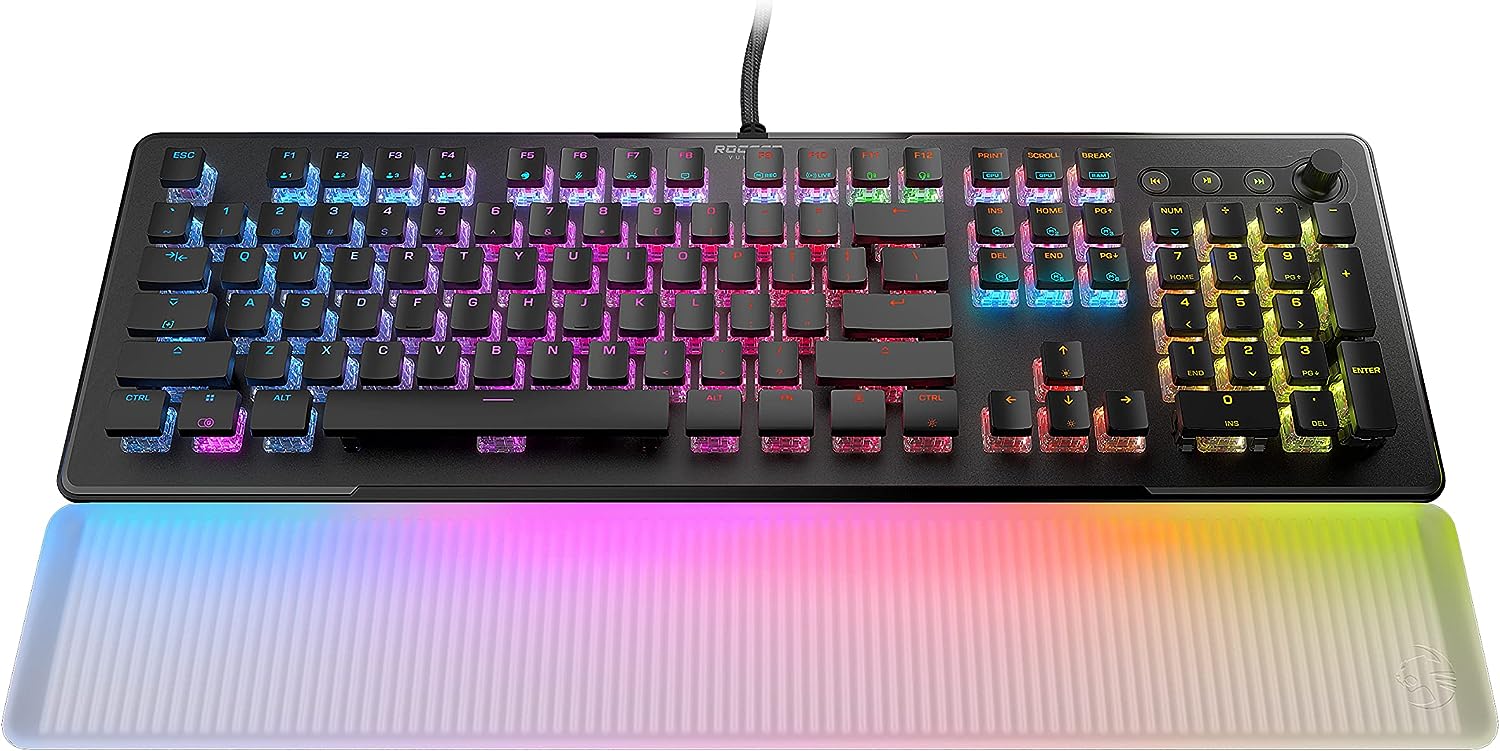